The state of Canada’s housing market has been a hotly debated issue for much of the past decade. Certainly since the housing crises that befell the U.S. a little more than a decade ago nearly led to the collapse of the global financial system.

Most readers will already be familiar with reports that have surfaced suggesting that the level of Canadian household indebtedness currently sits at, or is even above, the same levels that were previously seen in the U.S. (as well as in the United Kingdom) shortly before each of those nations experienced significant setbacks to their domestic real estate markets.

But do Canadians need to be worried about the real estate market?

In this two-part series we’ll take a look at the factors that have helped to support Canada’s booming real estate market, some of the key differences between the Canadian market today and the U.S a little over ten years ago, and what it all means for the average Canadian’s wealth planning strategy. 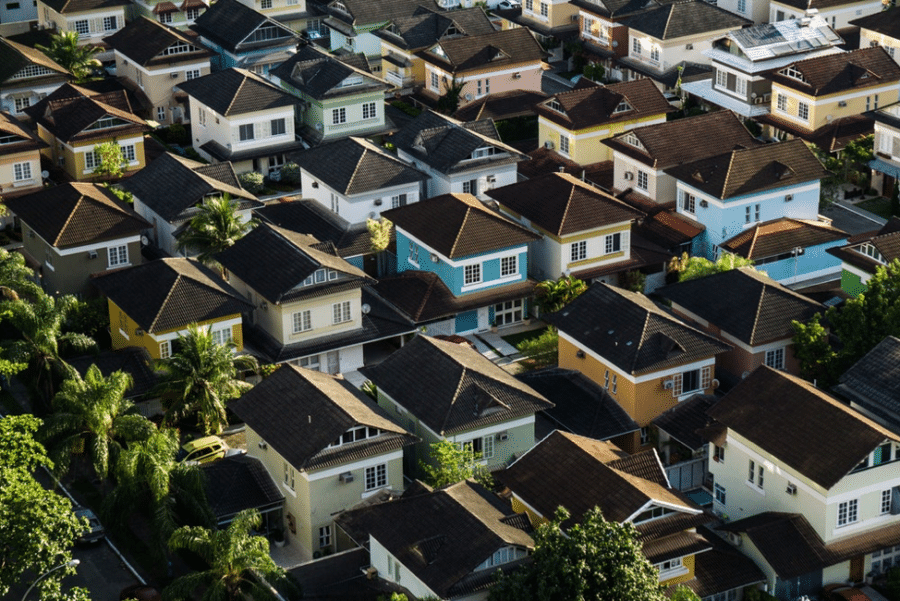 We’ll begin by taking a closer look at the circumstances that have conspired to fuel a generational rise in the value of Canadian real estate assets.

There’s no question that owning real estate property in Canada over the past 40 years has been prosperous.

In fact, you could make the argument that it would have been downright difficult to lose money in real estate over the last few decades if you were a long term investor, as properties are worth significantly more today.

A lot of that success has more to do with the relationship between asset prices and interest rates than it does with superior investing acumen that took over the Canadian market some forty years ago.

Some readers may recall that at the start of the 1980’s the average interest rate on qualified mortgages bordered on 20% per year.

However, since then, interest rates have steadily decreased, both in Canada as well as virtually every other OECD nation.

And for those that may be less familiar with how asset valuation works, as interest rates decrease, the value of real estate asset prices tend to increase in commensurate fashion.

This theory not only applies to real estate prices but also holds the same implications for equity markets too.

Those who had the foresight to buy property in Canada at the start of the 1980’s essentially found themselves the beneficiaries of extraordinary bull markets in both real estate and equities over the ensuing 40 years.

As wealth tends to create more wealth the result has been the rise in real estate and equity markets. The rise afforded investors the ability to re-invest that wealth into larger and more lavish properties while continuing to accumulate additional wealth through investments in the capital markets.

That was the trend until the 2008-09 global financial crises. While Canadian markets suffered a setback, it proved to be not much more than a temporary blip on the radar. Real estate prices across most Canadian markets were quick to recover and the major consequence has been the historically low interest rates that have ensued.

In the wake of the financial crisis, and led by U.S. Federal Reserve Chair Ben Bernanke, central bankers around the world began to embark on a policy of accommodative monetary policies with the objective of restoring confidence to the global financial system.

But while borrowers in the U.S., Japan, the United Kingdom, Greece and Italy would for the most part take advantage of this “cheap” freshly minted money to pay down their outstanding financial obligations, Canadians were doing the opposite. The average Canadian household was busy taking on record amounts of household debt.

Essentially what’s transpired across several of Canada’s key markets over the past decade is that Canadians have been borrowing against their assets.

But what is perhaps the most concerning part of all of this is that much of Canada’s newly issued debt has taken the form of unsecured lines of credit and secondary mortgages on existing properties. Including popular home equity loans that borrow against the increased value of a homeowner’s property.

Which is all well and good – unless of course the value of that property were to suffer a decline, in which case those homeowners might find themselves in a pinch.

How real is the possibility that Canada is on the verge of suffering a major housing meltdown just like the one that took place in the U.S. over ten years ago?

Are those concerned about the state of Canadian housing suffering from a case of recency basis?

Are the comparisons being made between the Canadian market today and the U.S. market ten years ago more a case of mistaken identity than anything else?

In part two of this two-part series, we’ll answer these questions by taking a closer look at some of the key differences between the two neighbouring real estate markets as well as the implications that today’s housing market may have on your personal wealth planning strategy.